A-SAP is a blend of plant-based technologies and builds upon DPI’s portfolio of products being promoted for their performance and health benefits to the animal industry. Thus, the objective of this study was to determine the efficacy of dietary A-SAP, as well as compare with a commonly used antibiotic growth promoter, for the control of necrotic enteritis in broiler chickens.

256 day of hatch male broiler chicks (Cobb 500) were raised in Petersime battery cages for 28 days. Following chick placement (8 birds/cage with 8 cages/treatment), cages were randomly assigned to one of four treatments: 1) Non-treated, non-infected (NTNI); 2) Non-treated, infected (NTI); 3) Maxiban® (narasin and nicarbazin) at 72 g/ton, infected; and 4) A-SAP at 250 mg/kg, infected. On Day 14, all birds were orally inoculated with ~5,000 oocysts of E. maxima. Then, starting on day 19 and continuing once daily for three days, all birds except Treatment 1 were given a broth culture of C. perfringens at ~108 cfu/mL. On day 21, three birds from each cage were sacrificed and scored to determine the degree of presence of necrotic enteritis lesions. Bird weight gain, feed consumption, and feed conversion (feed:gain) were determined for the study, with values presented being adjusted accordingly for mortalities. 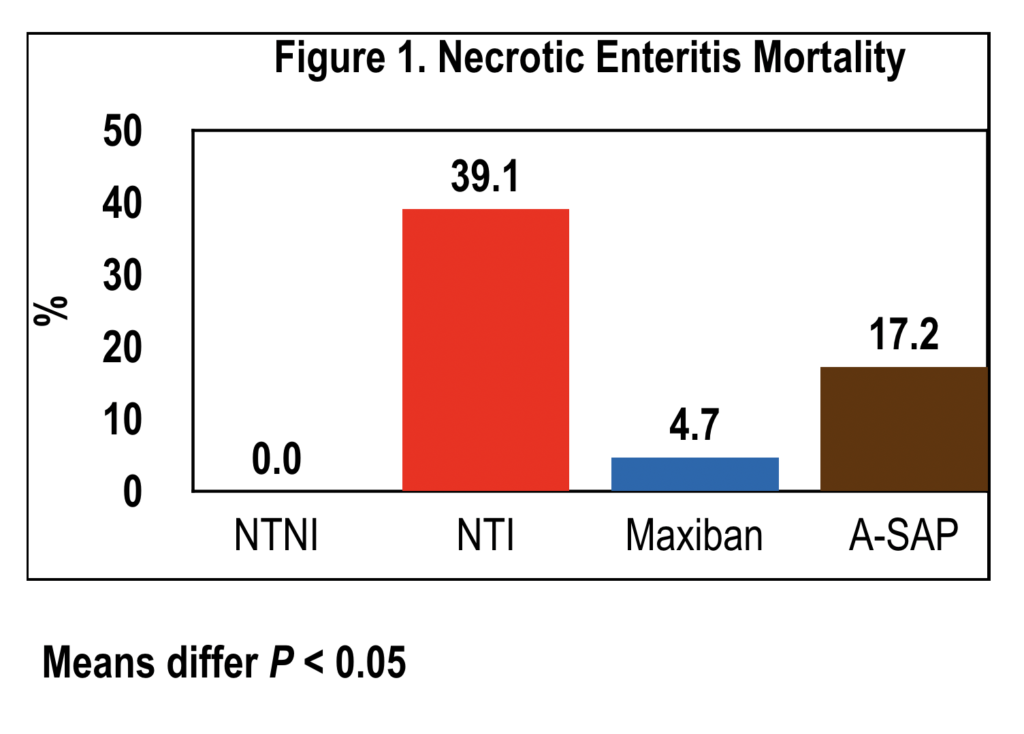 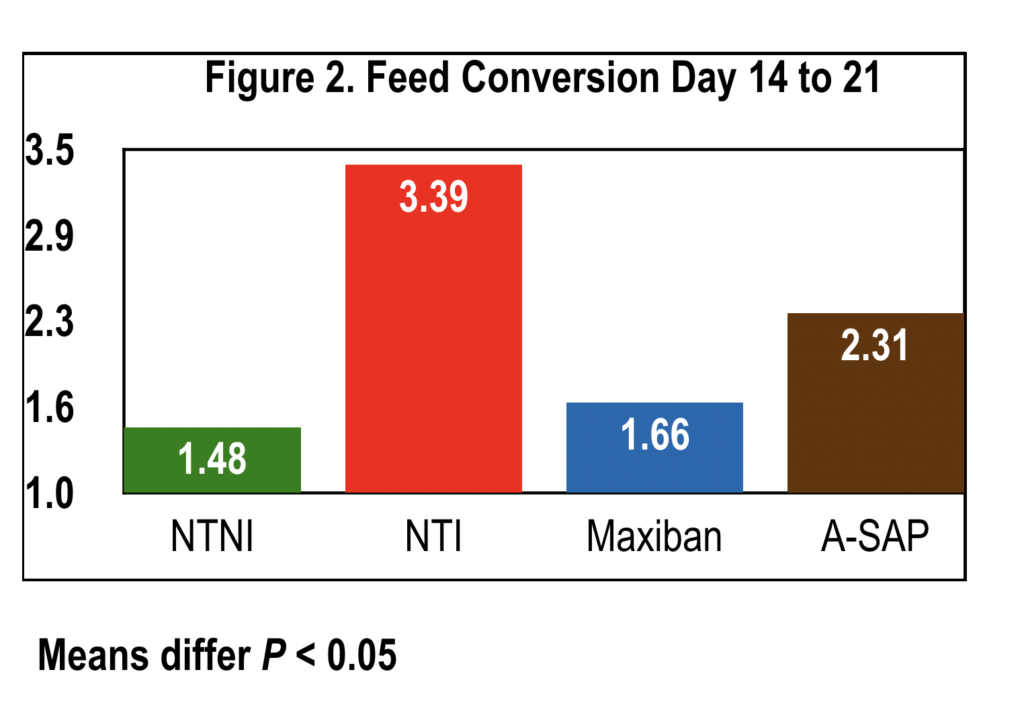